The weird and wonderful realities of a life in music.

This article is not about how being a member of a band somehow elevates you to a god-like status, nor is it about how you’ll never have to work a normal 9-5 job again, or the copious amounts of sex and drugs you expect you’ll be served up every night of the week.

Instead, we’re going to look at the far less glamorous yet infinitely more realistic aspects of life in an aspiring band. It might not sound very rock ‘n’ roll, but it is precisely that – much less throwing TVs out of hotel windows than it is riding around in a beat-up van feeling hungry and tired.

Please note: we’re not trying to put you off. Live music is the gift that keeps on giving, and the highs of being in a band frequently outshine the lows. We just don’t want you to embark on your musical journey without knowing the facts – so here are the most important ones for you and your bandmates to bear in mind. 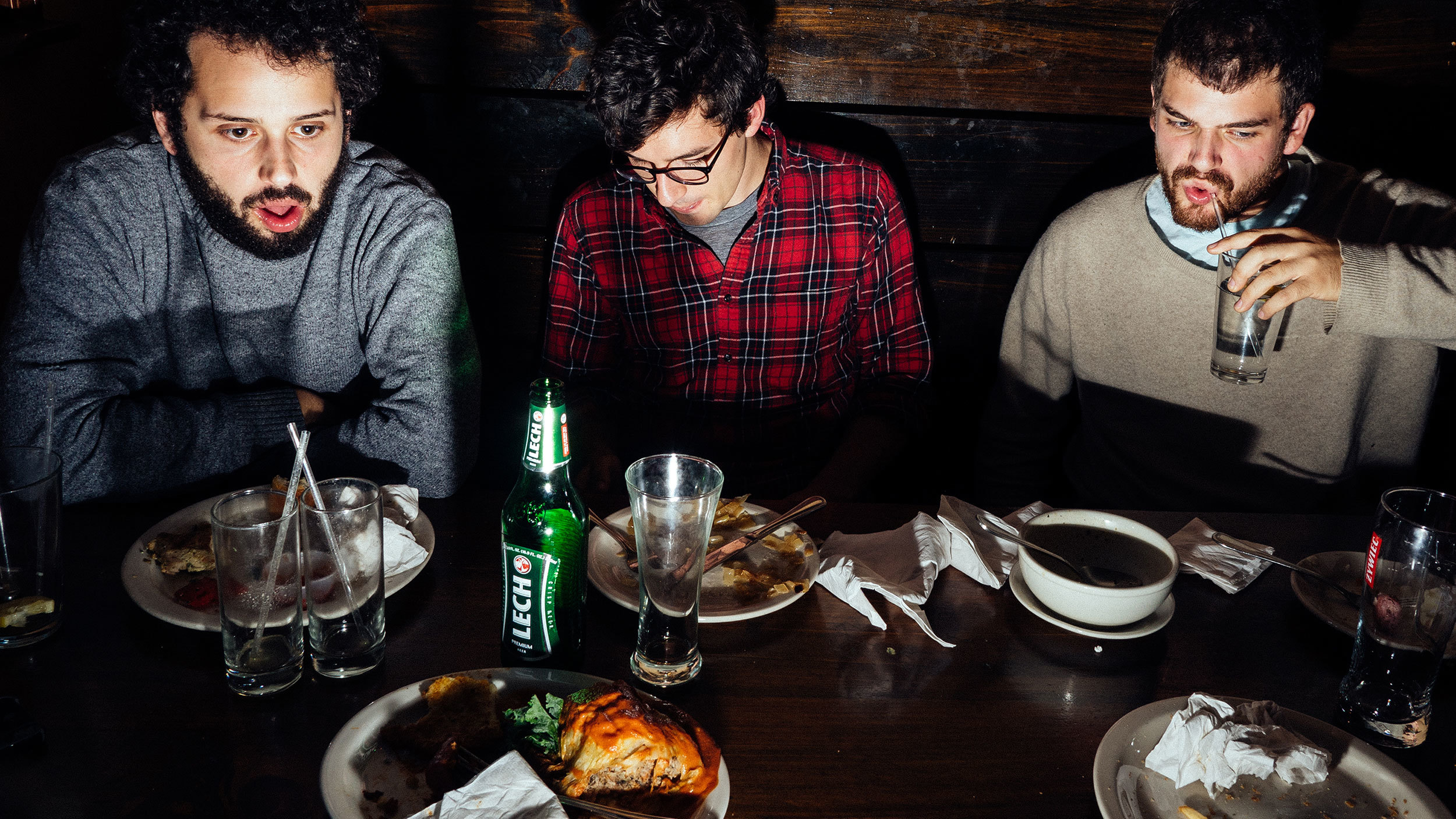 A band needs to practice, according to Kurt Cobain, at least five times a week if the band ever expects to accomplish anything. Then again, he also said “practice makes perfect, but nobody’s perfect, so why practice?”

Somewhere between these two extremes lies the balance you and your bandmates will need to find – and it’s not going to be easy. Just as you treat studying for a master’s degree in your spare time or dedicating yourself to playing for your local hockey team as an unshakable regular commitment, so should you treat practicing for your band as something you just have to make time for. To put it another way, blowing off practice will make your education, team or band suffer.

This of course means that some sacrifices must be made. Enjoy going to the movies on a Friday night? Now it’s band practice. Meet up with your book club on a Wednesday evening? Band practice. Avid gamer? Not any more – unless it’s Guitar Hero or something. Now any spare time you have is going to be consumed by your band duties – most of which will consist of practicing and traveling.

To integrate yourself into your local music scene, you’re also going to have to dedicate time to going to other local bands’ shows, as well as planning your own. Not only is this common courtesy (it may prove difficult to persuade another local band to attend your show if you’re a no-show at theirs), but also a good way of getting recognized as a ‘regular.’

To put it plainly, bands who are seen to be making an effort to support their local scene are generally considered more deserving of support themselves – and if your face is known to the venue owners and promoters, you’re far more likely to come up in conversation when they’re looking for opening acts.

Social Media (get used to it, everywhere, all the time)

Have you ever been chastised for being on your phone too often? Well, whoever said that is going to realize they spoke too soon – now you’ll be glued to that tiny touchscreen 24/7.

Most bands these days use Facebook, as well as social media platforms designed to promote music on sites like Bandcamp, to attract attention for their project – so you’ll be receiving notifications from at least two sources now, and your phone may never be silent again. Unless you put it on silent mode, which we would strongly recommend doing sometimes.

To share the workload, you’re all going to need to up your social media game. If there are any technophobes in your band, or indeed any members who look down scornfully on the food-selfie-posting public, tell them to get a grip. Facebook may be a towering, omniscient, data collecting, freedom-sapping corporation akin to Sauron’s all-seeing Eye atop Barad-dûr, but, for the time being at least, it’s also one of the most effective advertising tools that your band can use to spread your message and get gigs.

Also consider setting up a band email account — and make sure you all check it regularly — to separate gig inquiries from your personal messages.

Exercise (or get injured)

You may not be the world’s most physical guy or girl, but until you’re rich and famous enough to have your own team of roadies to haul your gear around for you, it’s time to crack open the elbow grease – let’s just hope you’ve got the strength to open the jar. For those of you who don’t drive, this may be a good incentive to learn – you can just about carry around a guitar case and a practice amp, but once you start getting serious, you’ll appreciate some vehicular assistance. A helping hand doesn’t go amiss either – think of the poor drummer lugging around their cymbal stands and whatnot. When all hands are on deck, powerful bonds are forged.

You’ll also need to keep yourself relatively physically fit if you want to remain an active, engaging performer. You don’t want to be four dates into your tour and collapse into a sweaty heap onstage – or, worse still, risk a neck or wrist injury from enjoying the guitar too much. Again, spare a thought for your drummer, who’ll have their work cut out in ways non-drummers cannot comprehend. It’s like a 10k run in a 25ºC room. 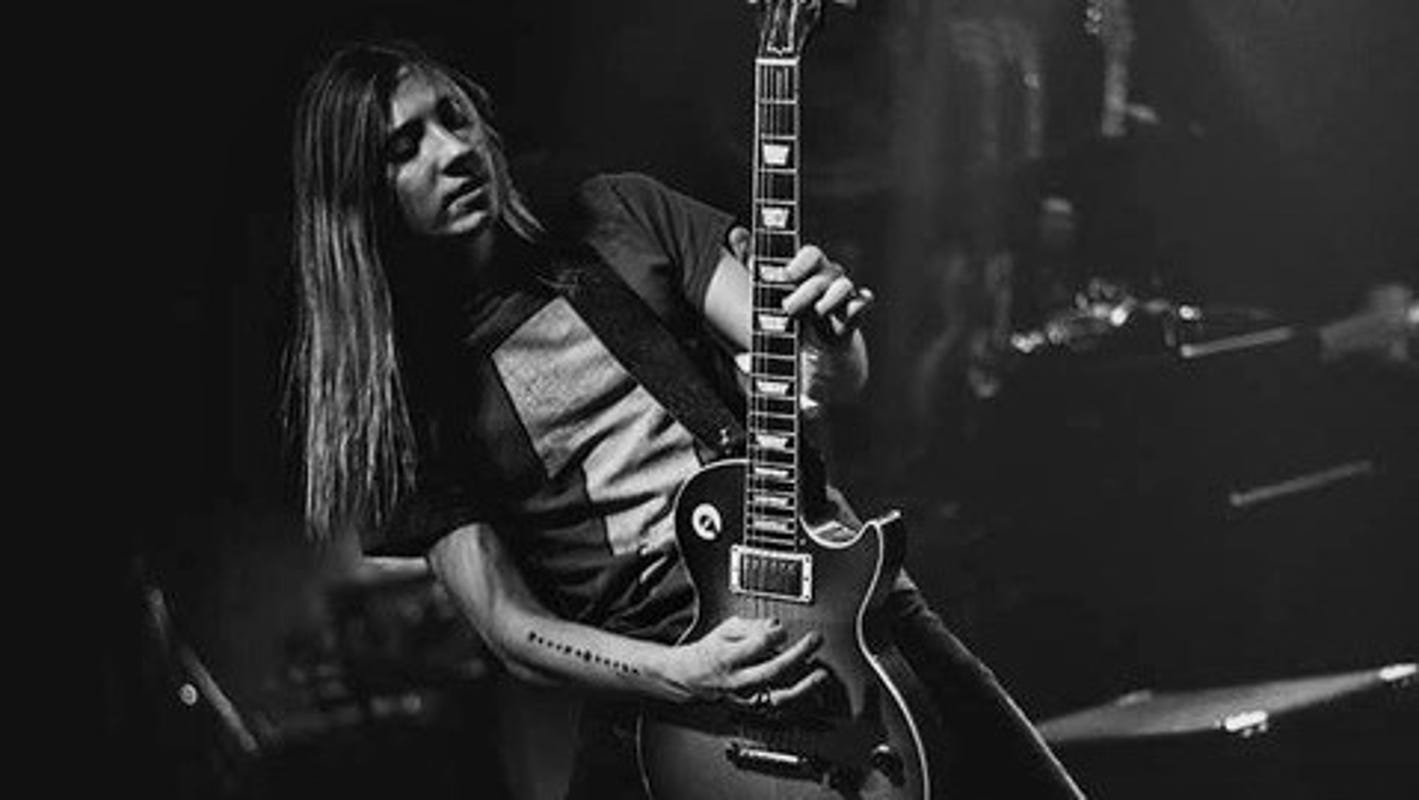 The live music game comes with a ready-made community of musicians, music lovers, gig promoters, venue owners, bar staff, roadies and other colorful characters – all of whom you’re going to be dealing with as part of a band.

If you’re a muso from a small town without much of a music scene, you may have been craving the day when you could strike up an interesting musical conversation with literally anyone in your immediate social circle. Well, as lovely as it may be to have that dream finally realized, you may also find yourself so inundated with music talk that you end up craving the simpler days of TV, video games or just nothing at all.

You’re going to need to find the middle ground between remaining focused on your musical ambitions and maintaining the relationships surrounding it, and taking a step back to regain a sense of yourself and protect your sanity.

This, of course, also means some of your pre-band relationships may start to get neglected, especially if you’re cutting down on non-musical activities. Unfortunately, this is pretty much par for the course – sad, but true. Just trust the fact that those of your friends and family who truly care about you and your ambitions will understand how important this is to you, and trust yourself to catch up with them when you can.

The truest friendships can be picked up where they were left off, even years down the line (though hopefully it won’t be quite that long).

Head Music (a blessing and a curse)

This doesn’t happen to everyone, but if you’re concentrating on perfecting the same set of 10-20 songs week in, week out, chances are you’re going to be bringing your work home with you. Particularly if it’s a newly written song that’s not quite there yet – don’t be surprised if, when you’re tucked up in bed at night, you hear that same verse fading in, begging you to show it how to bridge the gap between it and the chorus.

There are two ways of dealing with this: get up and try to do something about – not necessarily finish the whole song, just enough to feel like you’ve made progress; or train yourself to shut it out, and trust you’ll do something about it once you’ve had a well-earned rest.

There’s something to be said for either approach:

Allow yourself the odd 2am burst of inspiration, and your health shouldn’t be too affected. Side effect may also include: air guitar-ing, air drumming, and random outbursts of song.

The Public Eye (is judging your every move)

Sooner or later, being in a band means putting yourself out there for others to judge, whether it’s by playing onstage, appearing in videos or having a song played on the radio. Now, unless you ran for class president, or was a prominent figure in the drama society, you may not be used to public scrutiny, and may not know what to expect of it.

In a nutshell, people easily get jealous of the success of others, and this can manifest itself as negative, often unfounded, comments. These are not to be confused with constructive criticism, which is more likely to be given by fellow musicians, venue owners and veteran concert-goers who want you to do well.

Exposing yourself can be scary (what if you make a mistake? What if you get stage fright? What if nobody likes your song?) but that doesn’t mean you shouldn’t do it.

Even if you get a negative reaction after a gig, or get negative comments on a song you post online, all that means is that you’ve not reached your target audience yet. Be true to yourself, and be mindful of your own actions and comments and the implications they may have, and your confidence will start to grow – as will the public’s respect for you.

Sales and Marketing (are not the enemies of creativity) 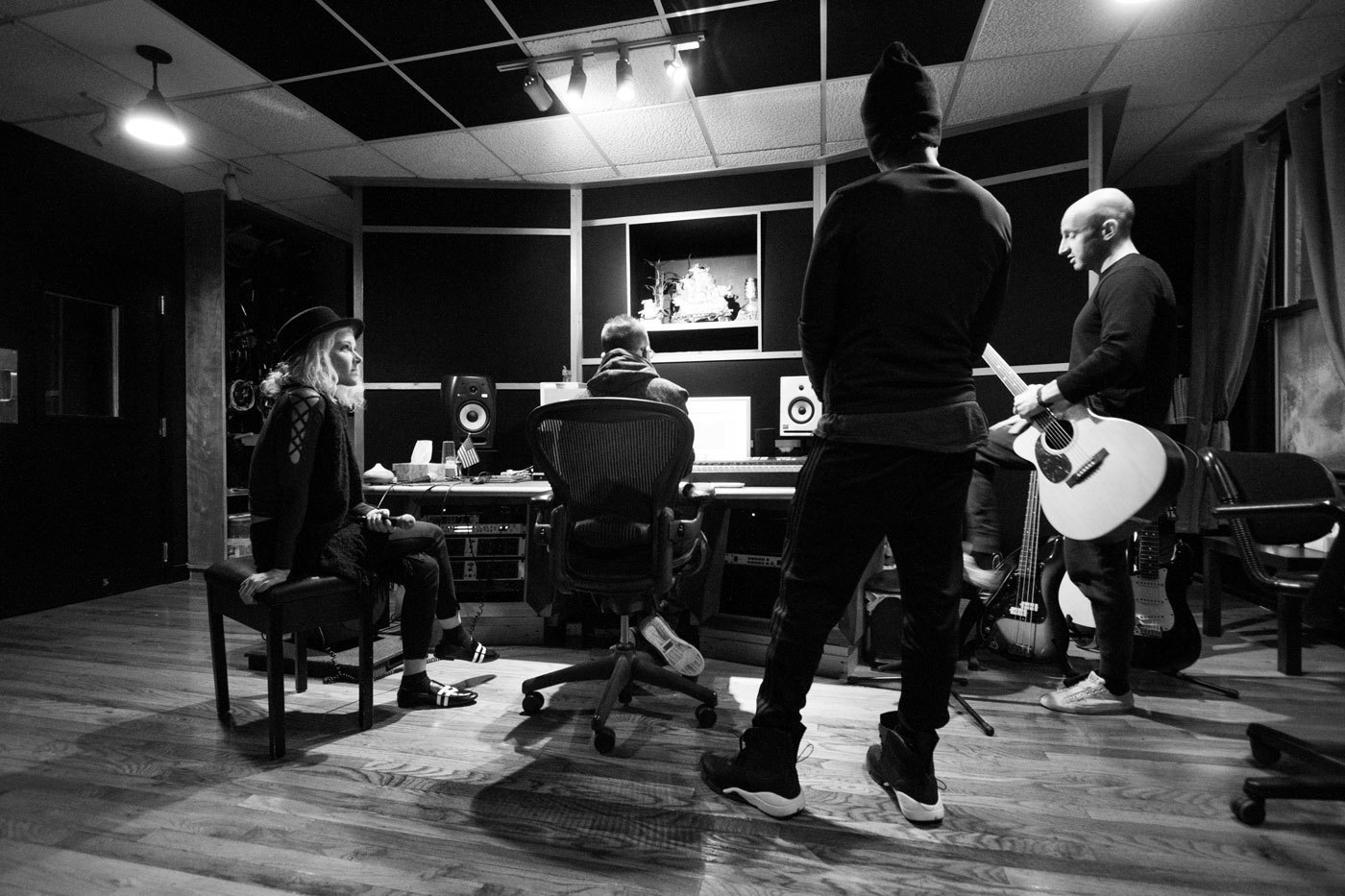 You may think artistry and commerce have no business existing in the same lifestyle, and while the values are often at odds, they achieve their optimum levels of success when working together. Honest art validates hollow advertising, and smart business acumen helps channel creativity and is necessary to get your work out there.

You’ll be dealing with this on a much smaller scale to begin with, most likely by selling your own merchandise. It’ll be down to you to keep track of your stock, how to reproduce it in as cost-effective a manner as possible, and how to let your budding fanbase know of new stock as well as upcoming gigs, single releases, etc.

It doesn’t have to be overly complicated, and you won’t need an economics degree – in fact, you can find out all you need to know by reading music blogs and chatting to other local bands until you’ve put together a business model that suits you.

Once you’ve been bitten by the band bug, you can wave goodbye to most of your expendable income. Read any tour diary of an up-and-coming act and you’ll come across tales of eating nothing but beans and sleeping rough in the van just to keep fuel in the tank and strings on the guitars.

Any paycheck you receive from here on in will be divided between buying new equipment, maintaining your old equipment, the rehearsing and recording of your material, advertising your band (which includes the production of merch) and getting yourselves to gigs. There’s always going to be a new effects pedal, microphone or cymbal that you won’t be able to live without from the moment it catches your eye, and there’s always going to be a lead, a stand or a drum stick that gets damaged or breaks.

And, if you’re lucky, you might have enough left at the end to replace your holey trainers and beer-soaked t-shirt. But every last one of these responsibilities and sacrifices will be testament to your dedication, and serve as a reminder to you that you’re doing something that feels far greater than your own personal comfort.